Renezeder’s third place qualifying run saw him jump two spots from his practice result, and will put him up against Ricky Johnson in the first round.

You’ve been on track for the past two days under very different conditions. How does the track change from day to day?

The track set up a little bit better the first day cause it was colder, yesterday wasn’t as cold and it snowed so it seemed like we went through the snow a little quicker. The ruts were bigger, the track deteriorated a lot faster.

You’ve demonstrated some speed on the snow by qualifying third. What’s been the key to really getting the truck to go fast here?

Well, it’s really me as a driver. Right now I don’t think the truck is limiting us, or me, as much as me trying to see how hard I can go into the corners, how fast I can drive, and also being able to keep my hands warm and my vision intact. During qualifying my lenses fogged so I had a big issue on the second lap, which was a little scary not being able to see coming down the hill, which is pretty critical. 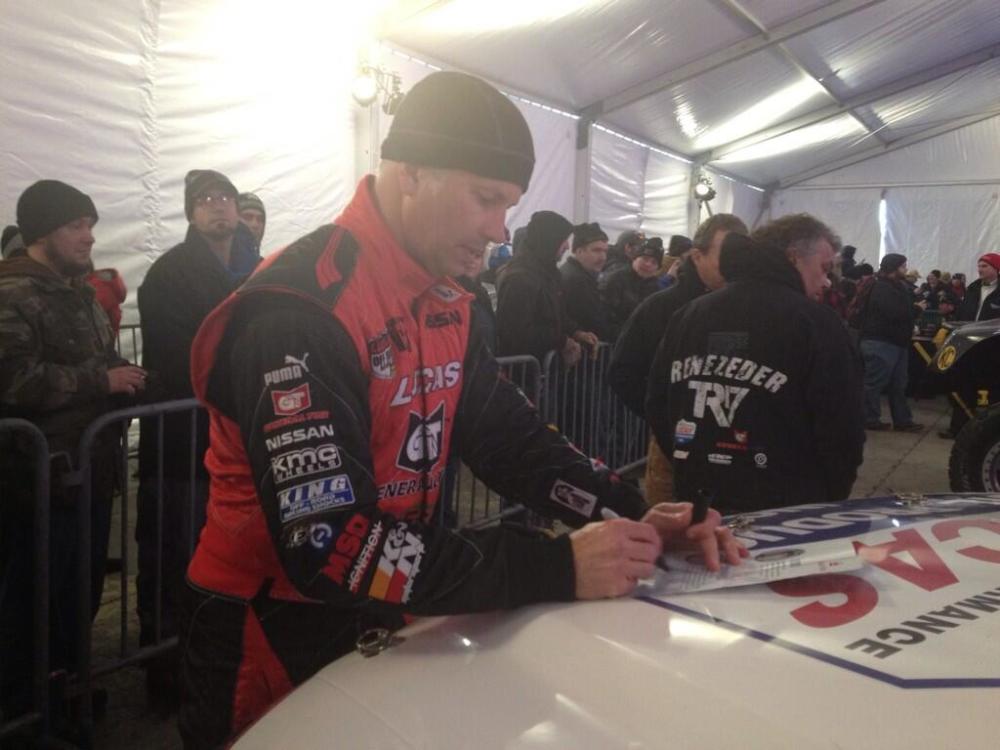 We’re going to split the drivers up so you have a large gap in between starts. Knowing that you’re not going to be racing head-to-head for the same ground at the same time, does that ease your mind and make it easier to just drive your own race?

No, actually it’s the opposite for me. I’d rather chase, I’d rather strategize than go head-to-head. Driving against the clock you’re trying not to make a mistake—I like to hunt when I’m out there.

Do you have any sort of expectations for yourself in this first ever snow race?

No, really I just need to stay out of trouble and not get any penalties, but I need to haul the mail. Although I qualified well, Ricky Johnson did not and I was hoping to meet him in the finals, not the first round cause he seems to be the one who has the most experience at this right now. In the past we’ve done a lot of racing together but we haven’t raced in a few years. Since this isn’t head-to-head, it’s not really like it was before, but we’ll definitely being trading some paint later this season because we will be racing together (in the Lucas Oil Off-Road Racing Series).