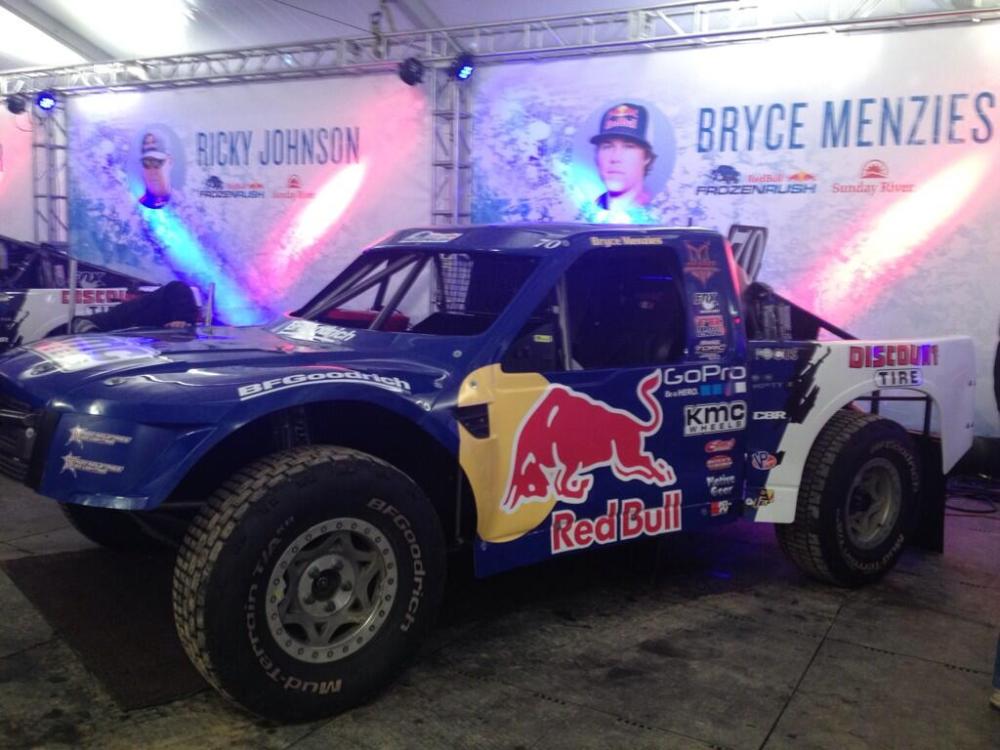 Menzies, a veteran of Pro 2 and Trophy Truck racing, rented a Pro 4 truck to compete in this event. After qualifying second in Thursday’s session, he’ll face Greg Adler in the first round of competition.

A lot of people know you better for exploits in Pro 2, but you’re driving a Pro 4 this weekend. How different are the two trucks, and how different is it to adjust on an unfamiliar race surface?

It’s kind of two factors that come into it: snow and four wheel drive. I’ve raced a four wheel drive but I’ve never raced a full season in it and I just rented this truck from Scott Douglas, put my body on it and took it out here. It took me a little bit to get used to, I’ve never driven it, before I got here, in the snow. There’s some things on it that are quite a bit different than my truck so it’s taken me a little bit to get used to. We qualified second, which I felt was unbelievable for the second time I’ve ever been in the truck.

Racing on snow is a blast—it reminds me almost of the sand dunes. I grew up going to the sand dunes and coming to the snow you got to be real patient, things slide a lot, it takes longer to brake. We’ve got studded tires from BFGoodrich, and it’s a really cool event that Red Bull throws. They always do crazy stuff like this. I think I was the first one that they called. I was on the road one day about two years ago and they called me and they were like “do you think we could race your truck on snow?” And I’m like “I don’t know if that’ll work but let’s try it.” Then we did, and two years later we’re having a race, so it’s pretty unbelievable. I’m looking forward to getting out there. It’s a single elimination so you can’t make any mistakes. Hopefully we can come away with a win in the first ever Red Bull Frozen Rush. 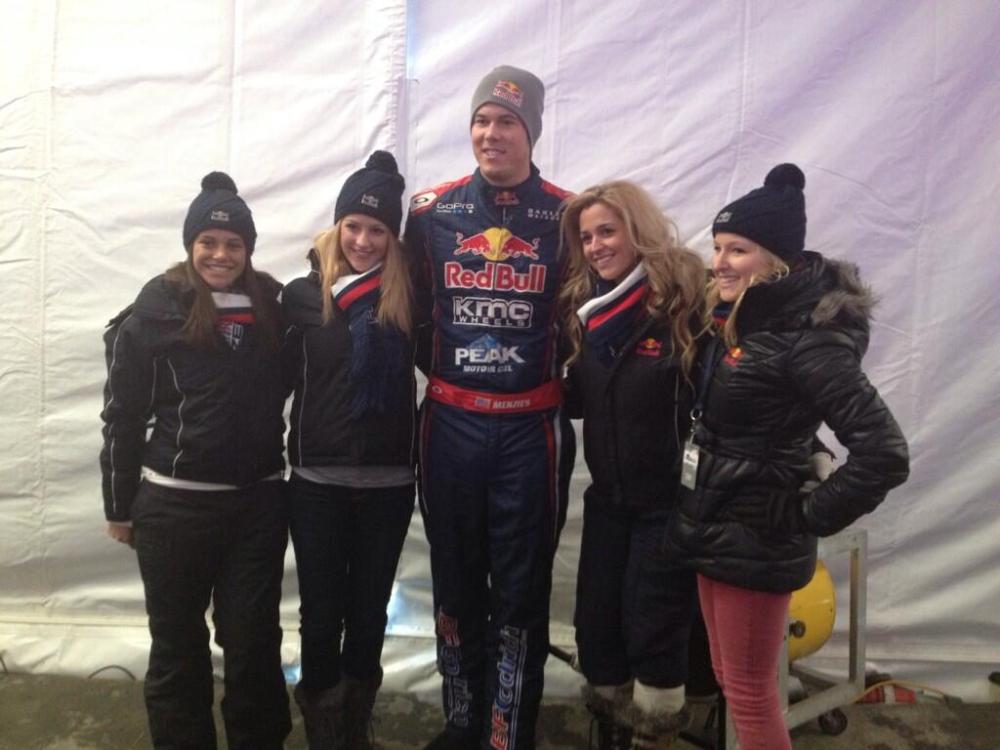 Your teammate Ricky Johnson ran the first Frozen Rush event on his own last year. Has he given you any pointers on snow racing?

Yeah, Ricky was actually the first one to take a Pro 4 on the snow which was really cool. He’s really good at that, he’s my teammate, he’s taught me a lot throughout the years. He helped me win three championships and now coming to the snow he’s gave me a lot of confidence, a lot of advice on what to do. It’s a totally different truck from what he’s driving to what I’m driving so I’m still trying to get used to it, trying to figure it out, but I think we’re going to have a really good shot at it. Ricky kind of messed up a little bit and hit the wall in qualifying, but he’ll be really strong. Hopefully it comes down to me and Ricky in the final, and we’ll battle it out for four laps.

The track has changed significantly from Wednesday’s practice to Thursday’s qualifying session. What do you expect out there today?

Yeah, I think how they’re doing it is just running straight without any track prep. I have a feeling the tracks going to get really rutted, the jumps are going to get cupped out like yesterday in qualifying I almost rolled the truck because I hit a jump that was from the other trucks digging out so much. The track’s getting torn up but that’s what off road racing is about. We got to overcome the obstacles and figure it out and then we have a four lap main which is going to be insane. I just can’t wait. There’s so many fans here, so many people, for the first time this is awesome.